We have been researching and gathering artists, organisations, links, interviews, magazines, apps and activities for seven months now (and separately for decades!) and are finally set to roll out our discoveries in the lead up to the BIG launch on September 1st. We apologise in advance for stealing your time, as you will no doubt swim in the following links and frolic at the shores of two of our favourite kids magazines. Many of you may know of Anorak, the UK based "Happy Mag for kids" headed by the lovely Cathy Olmedillas (Anoraks 'mum') and Supermundane's, Rob Lowe (anorak's 'dad'!). What you may not yet know is that have recently announced a new magazine-in-the-making for under-8's called PLOC, with illustrations by the legendary Alain Gree - check out the fabulous extended Anorak interview by Grain Edit here. Also, for all those who are keen to be little editors, Anorak invites you to be on their extended team of reviewers where they send you a book and you send your response back! We encourage all interested BIG kids to try it out here! 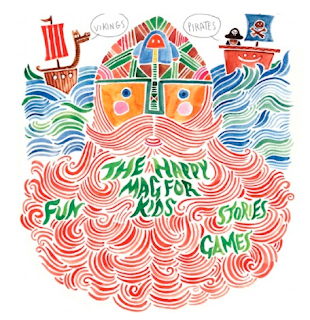 Sneak preview of the next Anorak cover! (By Supermundane) 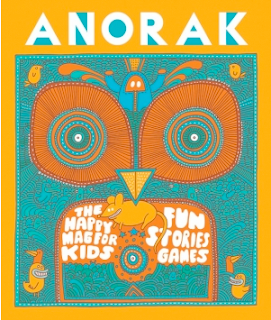 Okido, also based in the UK, has scientist Sophie Dauvoise and illustrator Rachel Ortas at the helm. It is fantastic! The recent weather issue captured the imagination of both Lilly's 2yr old and my 8yr old, texta's were grabbed within seconds to fill in the blanks and chart new territories and scissors followed shortly after to cut out games and worlds that were immediately played with.The weather song on the homepage is worth a listen too! 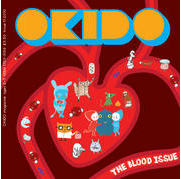 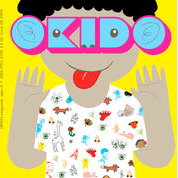 We love these mags and can't wait for BIG to be among them in the choice for creative kids worldwide. Next week we will feature two amazing downloadable magazines for kids - the first by an awesome Australian visionary, and the second by American book-lover with a gorgeous blog and a matching magazine! What's your favourite mag for kids (or big kids?)
Posted by lilly blue at 7:45 PM

Email ThisBlogThis!Share to TwitterShare to FacebookShare to Pinterest
Labels: Kids Magazines We Love