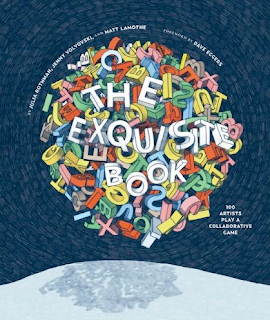 We have a special introduction to make about a small team of people currently working to animate our BIG dreams. Lilly and I sang out in agreement when my find of the 'designers of our dreams' matched Lilly's bookmark of the most 'beautiful website in the world' (the now closed Charmingwall). We laughed when we realised I'd ordered two books that unknowingly turned out to be authored by them ( The Exquisite Book - where 100 artists play a collaborative game, and Drawn In, an irresistible inside invitation into artists' sketchbooks).

All roads seemed to lead to ALSO. And now ALSO is in the midst of building the road that will lead to BIG.
Jenny Volvovski and Matt Lamothe are in Chicago and Julia Rothman is based in New York, together they design, build and play. And right now they are playing with us and putting the finishing touches on our BIG landing page. YAY!

The process has been divinely responsive and generously collaborative, with ALSO taking our ideas, images, links and sketches and re-playing them back to us in ways that made our hearts leap and breath hold in unison. It has also propelled another landing for the ongoing collaboration and responsive creative process between Lilly and I:


One night ALSO needed some fish for the underwater BIG ocean, Lilly created said fish and sent them to me for response... 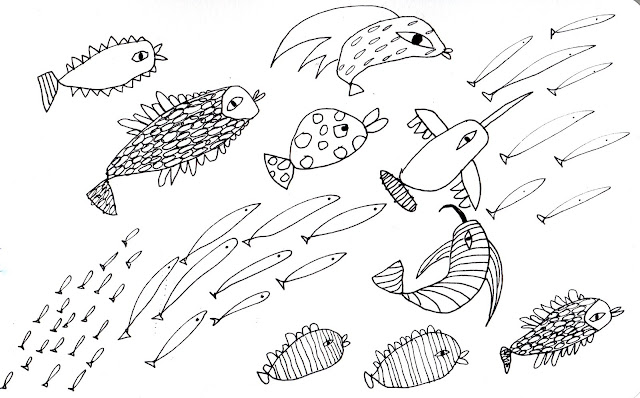 ...I drafted the word-fish I saw swimming in her school...and swam them back to Lilly...
I think the creatures resist definition. i think they have echo's of elongated quiet beasts and the character who lives in the cave and comes out with a swirl once a year to proclaim the secret password to wherever. I think she, that cheeky run-n-jump highleaper is unafraid of the leap of faith and holds all of her arms close to her sides with a toss of her sea hair, magnifying glass and sail fins. I think that guy fish you drew with the Mohawk fin up top is just too cool for fish school. I think the long nose nervous seeker of treasure-traps leading the pack is one-eyed in focus. I think they have a lot to say, and a little attitude, but not too much as to trip the focus from the flying fish birds and magic of the flagship.   I see a couple of the others are actually facing each other in a Mexican co-authored stand off. Nose to underwater nose. I think the unseen one is a little too relaxed at the ravine and with fishwings behind cats ears rests too long on his laurels and is tripped into joining the catapulting scene. I think there is a little crawly creature with a cane and backpack of history deep-walking in the opposite direction and nodding his head against the tide. I see the hairy many-scaled fish with a wink and a comb and oh too many questions and choose your own adventure answers under each of his post-it note scales. And oh I hear the chatter about them in the water, in the world. Here we come, they say, here we come.


Lilly responded with a new school, and in this way we found the BIG fish to swim to ALSO... 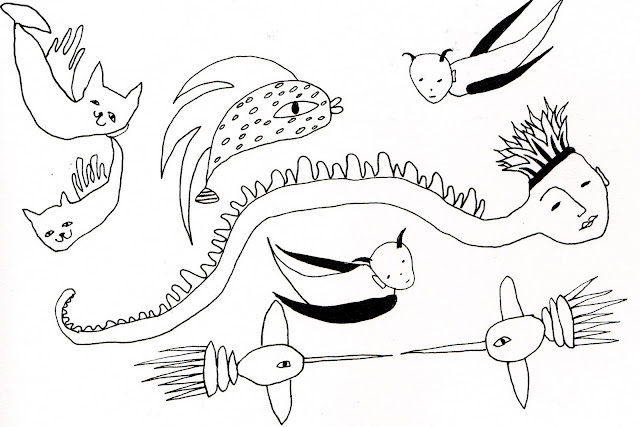 The ALSO BIG site will soon be revealed, and we will pack you all up with us and board the winged ship that will take us to launch day. Hooray!

Email ThisBlogThis!Share to TwitterShare to FacebookShare to Pinterest
Labels: Collaboration and authorship, The BIG website in the making, The making of a magazine, Work stations